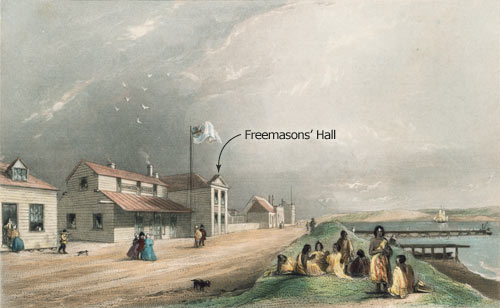 This engraving of Barrett's Hotel, Wellington, in the mid-1840s shows the Freemasons' hall at the north end of the hotel. The hall was used by the New Zealand Pacific lodge of the Masons. The lodge, which had its initial meeting in November 1842, was the first established in New Zealand.

Alexander Turnbull Library
Reference: A-109-027
Engraving after a drawing by Samuel Charles Brees