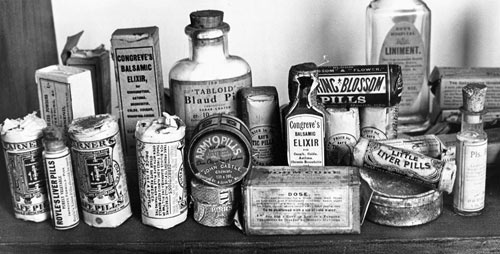 Patent medicines were trademarked medicinal preparations sold under particular brand names. They could be bought from general stores and pharmacies without a doctor's prescription, and so formed part of many households' medicine cabinets in the 19th and early 20th centuries. These patent medicines were part of a collection in a museum above John Castle's pharmacy in Newtown, Wellington. They were photographed in 1981.