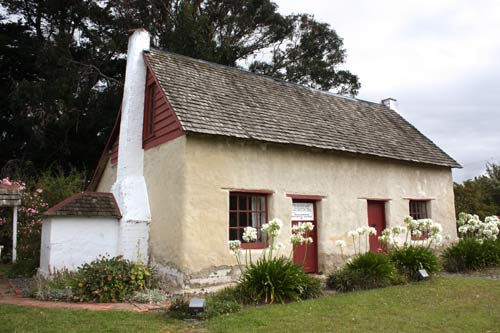 Cob (a mixture of clay, grass and tussock) was a common building material in early 19th-century Marlborough south of the Wairau River, partly because of a lack of readily accessible timber. This cottage was built on the Riverlands run between 1854 and 1868. It has served variously as a farm cottage, shearers’ quarters, school, and a store room and hay shed. Restoration to something like its original state started in 1960, and the building was opened to the public by the Marlborough Historical Society.

Is there an explanation for

Is there an explanation for the chimney (added on box) please?