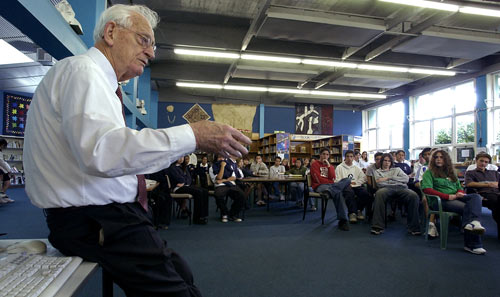 Alan MacDiarmid was educated in New Zealand and has praised his early schooling and family life as being partly responsible for his later success as a scientist. Here, he talks with Naenae College pupils in 2004 about his life as a scientist, being awarded the Nobel Prize and why they should stay at school as long as they can.