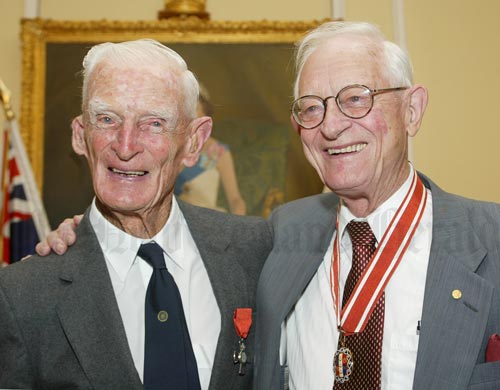 Alan MacDiarmid (right) was known for services for science, but his elder brother, Rod (left), a Kerikeri orchardist, made his own mark, and was awarded the New Zealand Order of Merit for services to horticulture and the community. Rod received his award the same day that Alan received the Order of New Zealand, at Government House, Wellington, in March 2002.