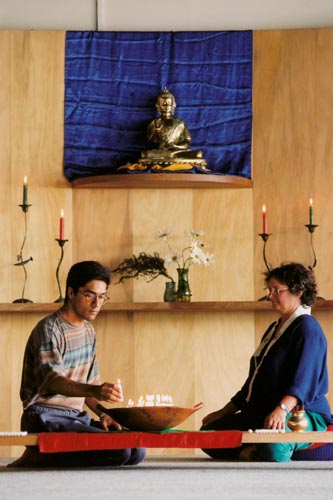 The Wellington branch of the Friends of the Western Buddhist Order began in 1976 in a flat in the suburb of Kelburn. In 1997 it celebrated its 21st anniversary in large central-city premises. Here Rohit Vig (left) and Varadevi light candles as part of the celebrations. Devotees of the order did not shave their heads or wear robes, said Varadevi, so their movement would be accessible to anyone.