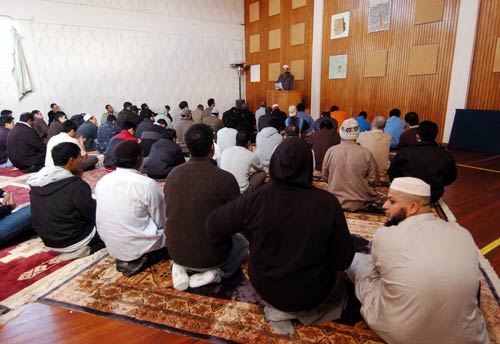 Muslims gather for prayer at the Al-Huda mosque in central Dunedin, said to be the southernmost mosque in the world. This is the Jummaah prayer, said here each Friday. Many of the congregation at Al-Huda are students at Otago University.

Ending the fast of Ramadan

When was Al-Huda opened and

When was Al-Huda opened and what did the building used to be? Can't find any leads on google.