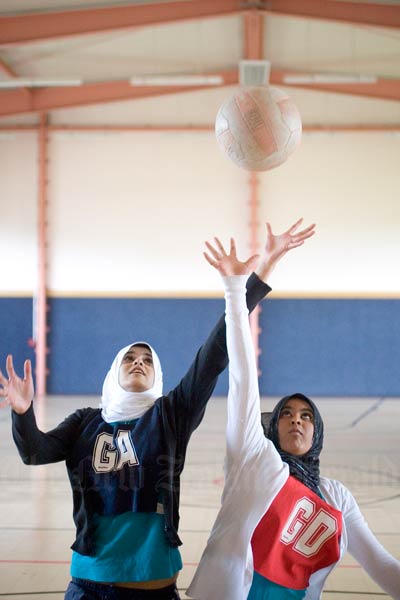 Farah and Aalia Mohammed reach for a high ball during a netball game organised by the Muslimah Sports Association in Manukau, South Auckland. The sisters stopped playing for their local netball league when they were expected to wear short skirts, which were not acceptable in their Muslim faith. Their mother, Tasneem, then set up the Muslimah Sports Association with funding from Manukau City Council. In 2010 more than 50 girls played regularly at the gym in Zayed College for Girls, wearing trackpants and hijab, their traditional headscarves.