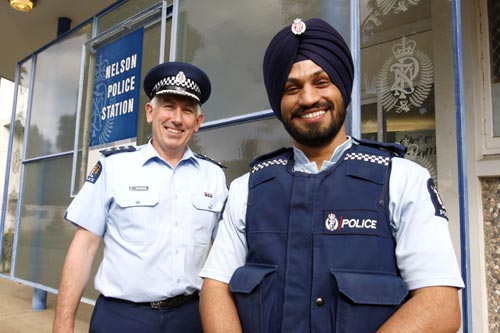 Nelson policeman Jagmohan Malhi (right) was originally unsure whether he would be able to wear the traditional Sikh turban as part of his uniform. However, in September 2008, three years after starting work in Nelson, he began his shift as a turbaned officer. Nelson Bays police commander Brian McGurk (left) said he was delighted that the police had been able to help Malhi nurture his religious and cultural beliefs.