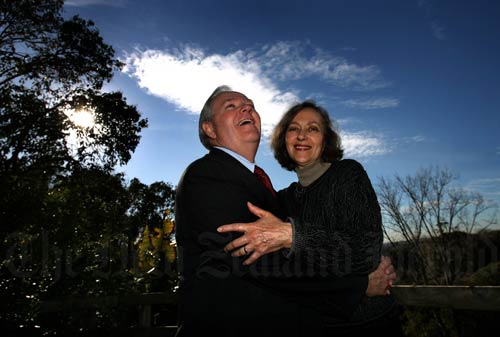 Reverend Steve and Susi Evans – seen here in 2006 – were living in different countries and had never met when their spiritual leader, Reverend Sun Myung Moon, decided they should marry each other. He married them in a mass ceremony with 30,000 other couples in Seoul, South Korea, in 1992. In 1996 the Unification Church changed its name to the Family Federation for World Peace and Unification. In 2006 Steve Evans led its daily prayer meetings at his home in Parnell, Auckland.