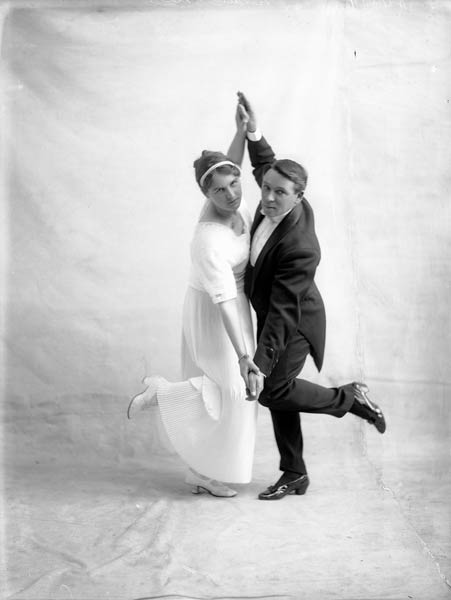 During the 1920s American popular culture, especially Hollywood movies, music, and dances such as the Charleston, became popular in New Zealand. This couple is dancing the Charleston in Whanganui in the 1920s.