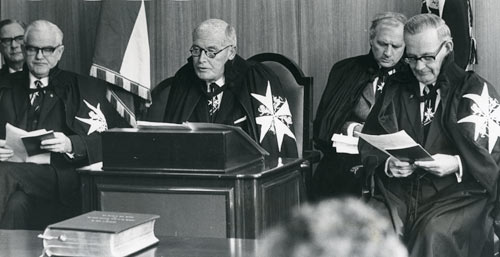 Governor-General Sir Denis Blundell (centre) chairs the priory chapter of the Order of St John’s annual general meeting in 1975. Patron of the order from 1920, the governor-general became knight commander of the Order from 1944, and then prior from 1946, when the commandery was upgraded to a priory.