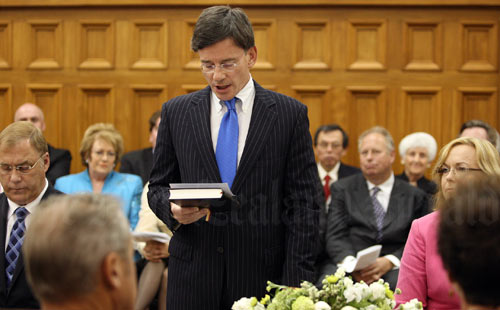 A senior member of government is appointed attorney general – the first law officer of the Crown. In 2011 the attorney general was Chris Finlayson, seen here reading the oath of office during the swearing-in ceremony for ministers in November 2008. As the link between the judiciary and the government, the attorney general recommends all judicial appointments except for those of chief justice and judges of the Māori Land Court.