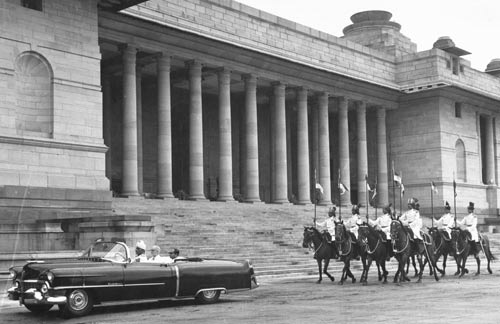 One of the first formal actions of a diplomatic representative arriving at an overseas post is to present his or her credentials to the host country. In this 1960 photo New Zealand's high commissioner to India, Guy Powles, and his wife Eileen arrive at Rashpati Bhavan, the Indian presidential palace in New Delhi, for this ceremony. Powles was knighted the following year for his earlier long service as high commissioner to Western Samoa. While serving in India he was also accredited as high commissioner to Ceylon (now Sri Lanka) and ambassador to Nepal.

Ambassador to Italy with the Pope, 1970