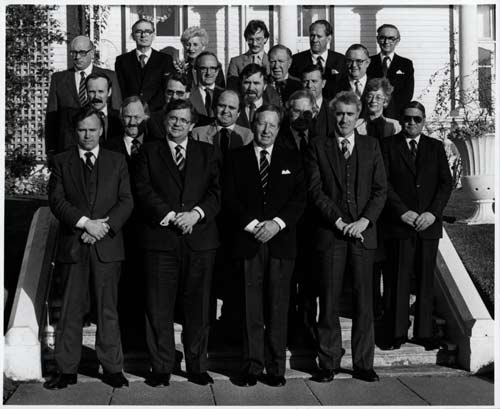 The Executive Council includes all government ministers (whether or not they are members of cabinet) and the governor-general, and is the highest formal institution of government in New Zealand. This 1984 photograph shows Labour government ministers, including Prime Minister David Lange (second from left, front row), with Governor-General David Beattie (third from left, front row). On the right in the back row is the clerk of the Executive Council, Patrick Millen.