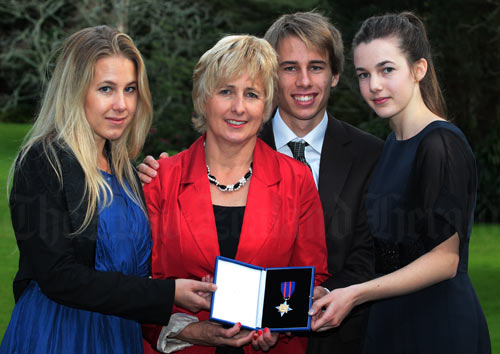 ‘Who does that? Who dies for someone they don’t know?’ said the woman saved by 44-year-old Austin Hemmings. Hemmings died while rescuing her from a knife attack outside an Auckland office building in 2008. (‘Woman saved by Hemmings tells her story’, Stuff, http://www.stuff.co.nz/national/659454/Woman-saved-by-Hemmings-tells-her-story (last accessed 8 December 2011).)

His killer was sentenced to a minimum of 16 years in prison. Austin Hemmings’s widow Jenny, shown here with children Meghann, Gareth and Jessica, accepted Hemmings’s New Zealand Bravery Star, posthumously awarded in April 2011. The Bravery Star is New Zealand’s second highest award for bravery, given for outstanding bravery in situations of danger. Two other posthumous bravery awards were made in the same special honours list. Some honours can be granted posthumously, while others cannot.