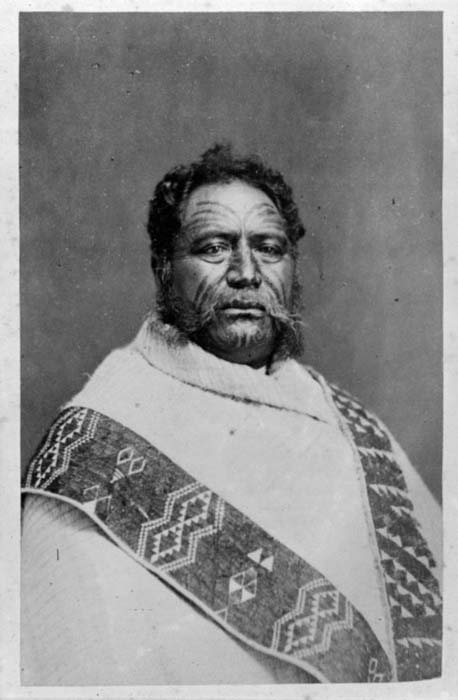 Ngāti Whātua chief Paora Tūhaere, seen here in 1875, was an ally of the government from the early 1840s. He later grew concerned about whether Māori would be able to retain control over their own affairs. From 1879 he held a series of hui at his home at Ōrākei, Auckland, to discuss whether Te Tiriti o Waitangi had been upheld. Tūhaere became a leading member of the Te Kotahitanga (Māori unity) movement, which aimed to create a Māori parliament to give Māori greater authority in government.