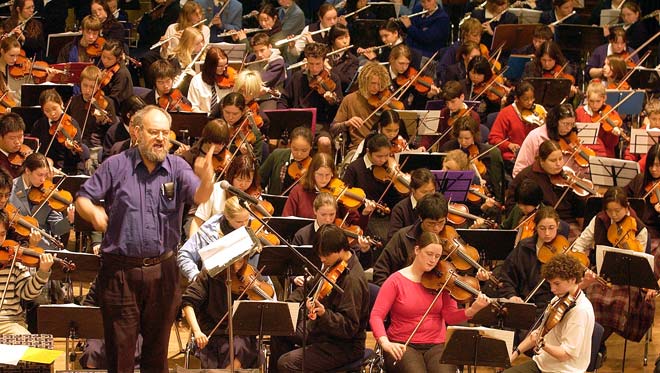 Until his retirement in 2008, Bayfield High School head of music Aart Brusse was involved in a number of extra-curricular musical activities for Dunedin school students, including Saturday morning music classes, the Otago Secondary Schools Music Festival and the Dunedin Youth Orchestra. In 2009 he was awarded the Vernon Griffiths Prize in Musical Leadership from the University of Canterbury School of Music. Here he is shown conducting a large orchestra of students in the 2007 Otago Secondary Schools Music Festival.

Talking to a truant