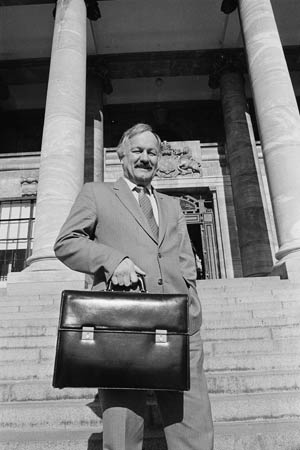 New Zealand’s economy is primarily based on the market, but until 1984 the degree of government involvement was greater than in many other Western economies. The 1984 Labour government encouraged vigorous market liberalisation. The major architect was Minister of Finance Roger Douglas, standing here in front of Parliament at the time of his first reforming Budget.

Jet boat on the Dart River