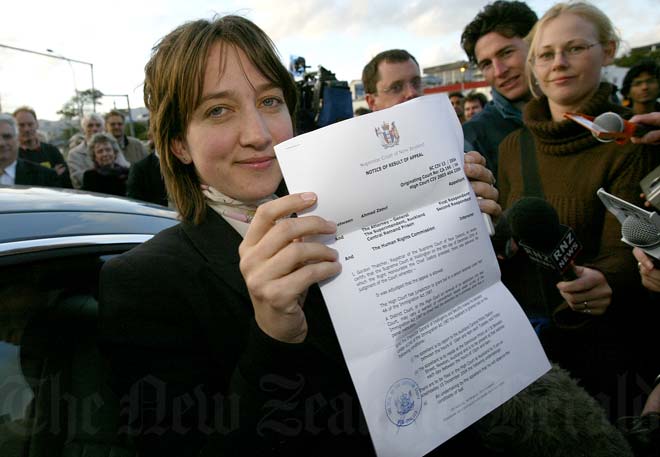 Lawyer Deborah Manning holds up the Supreme Court judgments allowing her client, Algerian refugee Ahmed Zaoui, to be released on bail after a long campaign. There were claims that Zaoui had links with an Islamic terrorist organisation, and he was held in prison for months before his release in 2004. The Supreme Court was established that year as New Zealand's final court of appeal, and the Zaoui appeal was one of the first contentious cases it heard.