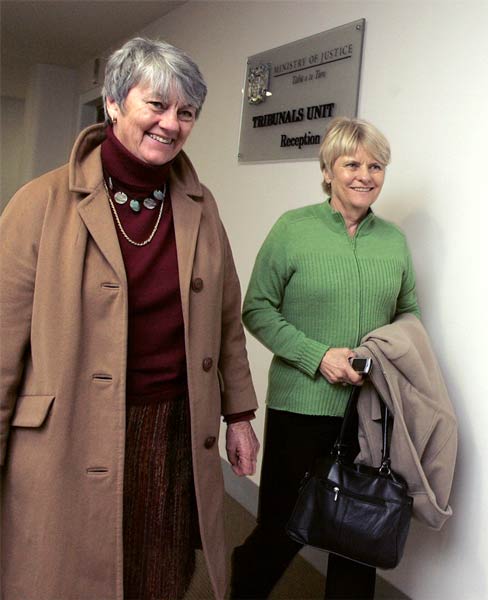 Representatives of the Child Poverty Action Group (CPAG) Janfrie Wakim (left) and Susan St John attend a sitting of the Human Rights Review Tribunal in June 2008. CPAG argued that a government tax credit for working families, intended to benefit children, discriminated against the children of beneficiaries, who did not receive the credit. The tribunal found that the tax credit was indeed discriminatory, but that the government had a right to create a gap between the income of a beneficiary and the income of a working person to give people an incentive to find employment. CPAG unsuccessfully appealed against this decision in the High Court and in November 2011 applied for leave to appeal to the Court of Appeal.