A military court in session 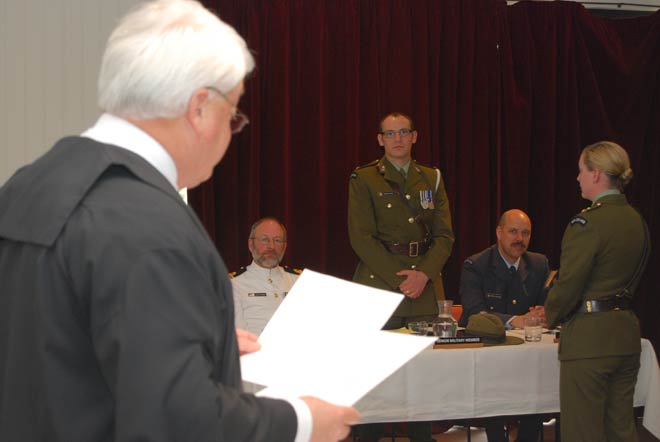 Courts martial (military courts) maintain order and discipline in the armed services. In the military justice system, members of the regular forces – army, navy and airforce – can be tried for offences such as absence without leave, drunkenness, disobedience, failure to comply with written orders, insubordination and negligence, as well as other more serious charges. In the early 2000s the system was reformed, so that most ranks could be tried locally at their base or camp by the commander, leaving the more serious cases for the courts martial. Those charged with an offence have the right to be represented by defending officers, and to appeal to the Courts Martial Appeal Authority.

Swearing in of new coroners