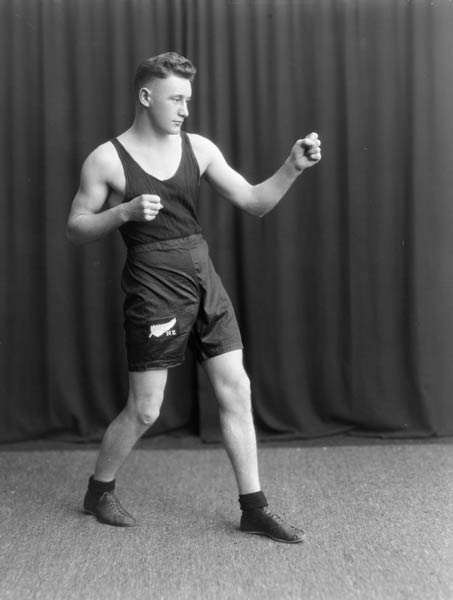 Ted Morgan, who won the welterweight gold medal at the 1928 Olympic Games, was New Zealand's most successful Olympic boxer. The silver fern and 'NZ' on his shorts show that this is a publicity shot for the Olympics. Morgan became a professional boxer in 1929 but had a mixed record, winning 13 professional bouts, losing 11 and drawing two. After retiring from the professional ranks he refereed amateur matches, before dying of lung cancer at the age of 46.