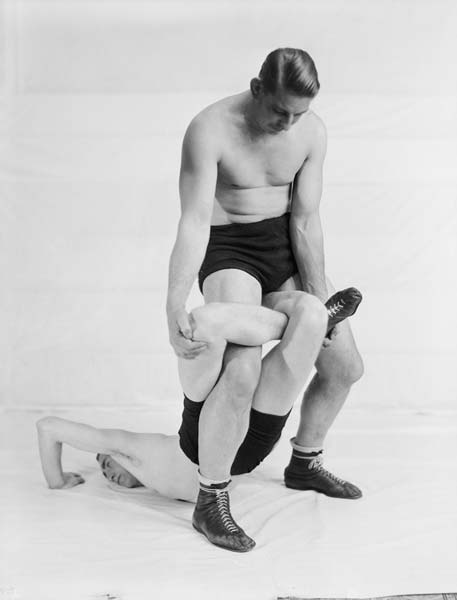 Lofty Blomfield was a high-profile New Zealand wrestler in the 1930s. He cut an impressive figure in the ring due to his height, weight and aggressive style of wrestling, which garnered him many fans. This is Blomfield demonstrating his well-known 'octopus clamp', a hold which he used to great success during his wrestling career.