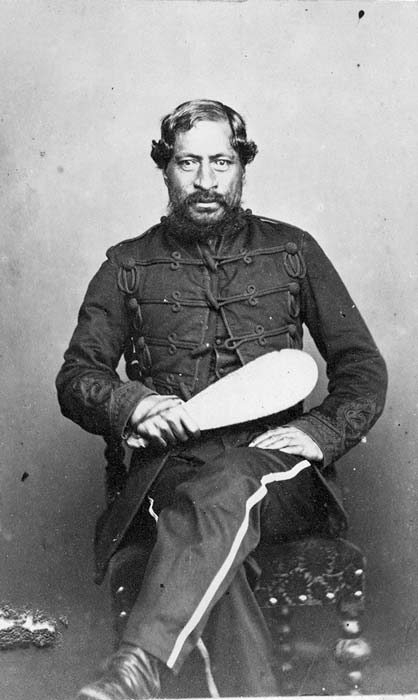 Mete Kīngi Te Rangi Paetahi was a leader of Te Āti Haunui-a-Pāpārangi of the Whanganui region. He opposed the Māori King movement and in 1864 led Māori allies of the government at the battle of Moutoa. In later engagements during the New Zealand wars he was known as General Mete Kīngi. He was elected as the first member of Parliament for Western Māori in 1868. In 1881 he took part in the dispersal of most of the residents of Parihaka.