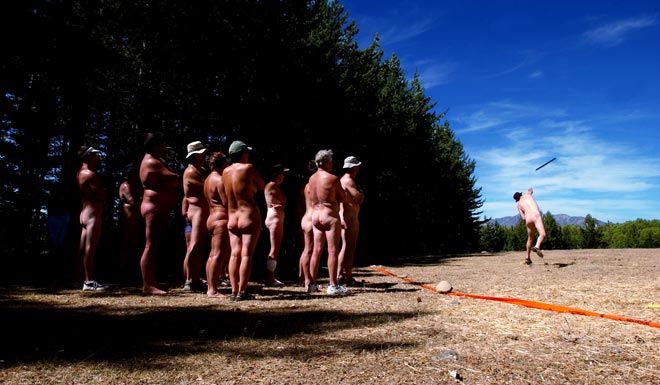 From 2001 to 2006 naturists Kay Hannam and Brian Williams ran an annual four-day festival called the Mackenzie Muster, at their clothes-free homestay and campground near Tekapo. The festival included a golf tournament, mountain biking, Highland games and a 'bare buns fun run'. Here, naturists compete in the warratah-throwing competition at the 2004 event.