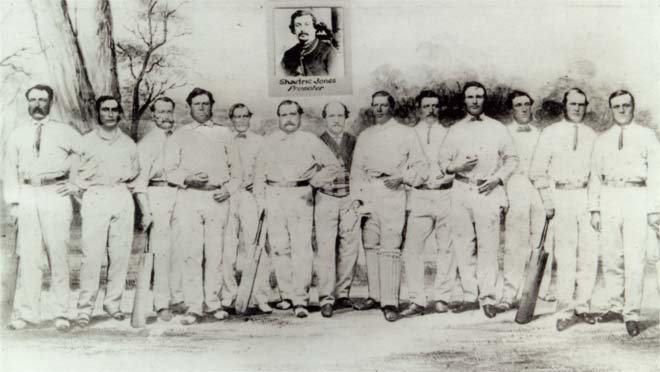 The first cricket match played in New Zealand against a touring team was in Dunedin in February 1864, between George Parr's All England XI and a 22-strong Otago team. Parr's team was the second English team to tour Australia, and was brought to New Zealand by Dunedin entrepreneur Shadrach Jones, whose services are noted in the inset portrait above the team (although his Christian name is misspelt). When the English team arrived the buildings and ships at Port Chalmers were decked out with flags and banners and later the team was escorted to Dunedin by a seven-carriage entourage and greeted with a procession and a reception.

Permission of the Toitū Otago Settlers Museum must be obtained before any re-use of this image.