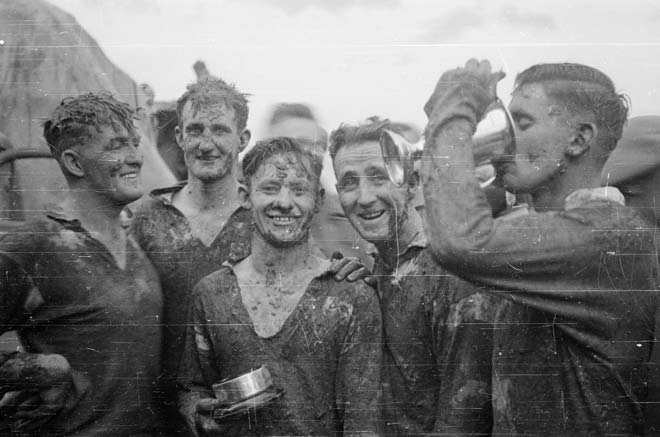 The 22nd Battalion rugby team drink from the Freyberg Cup after their victory over the Divisional Ammunition team in the cup final of 8 December 1944. The game was played in the stadium at Forli in northern Italy. Unit teams competed annually for the Freyberg Cup from 1940, except in 1942 when the division was too heavily involved in combat operations. The Freyberg Cup of 1944 was the last military rugby tournament played during the war.

Pillow fight on the Maunganui, 1946