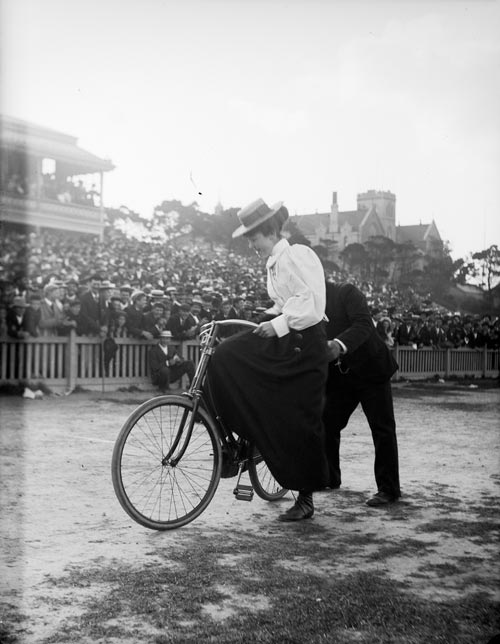 A competitor mounts her bike for a novelty women's race at the Basin Reserve in Wellington, around 1900. Her shoelaces are tied to her skirt to stop her dress from blowing up and exposing her legs. Cycling skirts had a wide inverted pleat at the back so they would fall evenly when the rider was on the saddle. Some women cyclists wore knickerbockers. These were more rational and comfortable, but offended conservative critics.