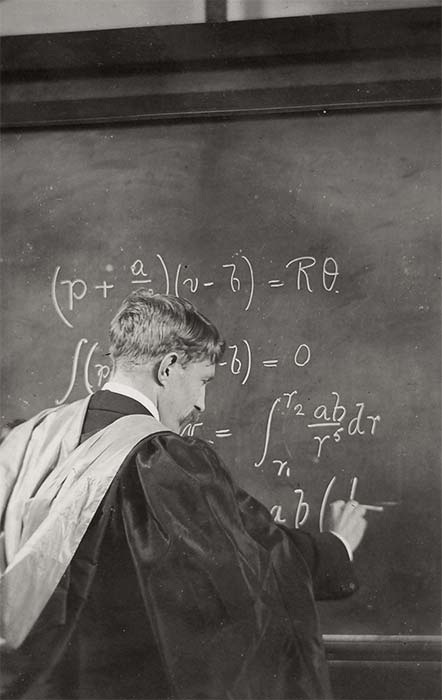 Ceramic chemist Joseph Mellor demonstrates equations, around 1904. Mellor's research transformed the British ceramics industry, as well as boosting British steel production in the First World War. Mellor was even better known for the large number of textbooks he wrote on organic and inorganic chemistry. Born in Huddersfield, England, he came out to New Zealand in 1879 at the age of 10. He studied at Otago University after years of working as a bootmaker and attending night classes. Mellor returned to England in 1898.