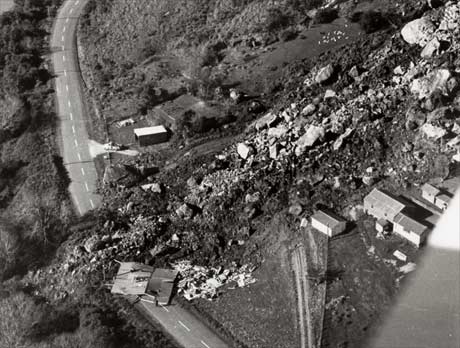 The landslide that destroyed the Jacksons’ house appears isolated, but it was one of many along the line of limestone bluffs at Whitecliffs. The remains of the roof are lying across the road. Mrs Jackson was fatally hurt but two other members of her family, although injured, managed to escape from the crushed house. One of those who escaped died some days later.