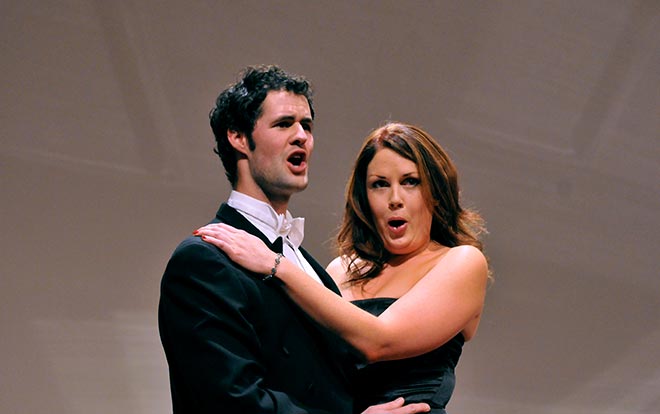 Tenor Stephen Chambers and soprano Anna Leese sing a duet at a benefit concert for Chambers in Dunedin in August 2009. It was held to raise money to help fund his singing studies at the Royal Scottish Academy of Music and Drama in Glasgow. Leese has had an international operatic career since making her debut at Covent Garden in 2006.