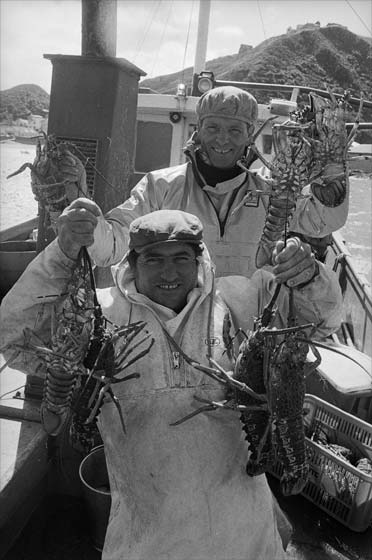 Initially cheap and readily available, crayfish became a luxury item when an export trade developed after the Second World War. Island Bay fishermen caught crayfish from the 1930s to the late 1980s from the coastal reefs around Cook Strait. Before the 1980s, crayfish were either sold locally or their tails were frozen and exported, mainly to the United States. Since the 1980s most commercial catches have been freighted live to Asia.