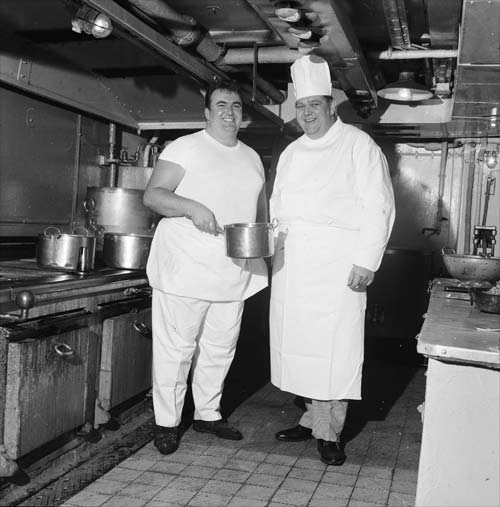 The ship’s cook was always a vital figure, and the catering department grew in importance from the 19th century, particularly on passenger ships. In 1965, two cooks for the Shaw Savill line, Mick Walker (left) and ‘Tiny’ Groom, spoke about the challenges of their work, particularly estimating how much food to cook. Groom remarked that passengers usually ate little on the first two days at sea, but after that their appetites tended to improve.