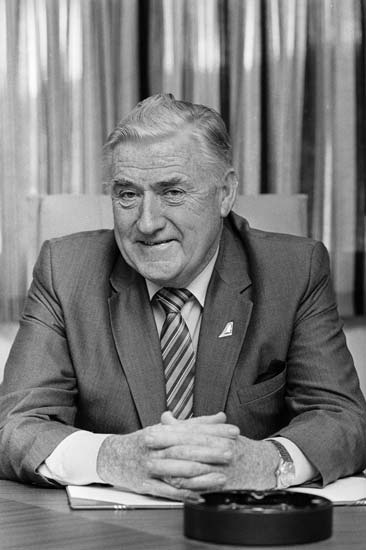 More than any other individual, Bob Owens (1922–2000) is associated with the mid-century development of Tauranga, and particularly its port. An English immigrant, Owens started a waterfront business – marshalling, forklifting and stevedoring – at Mt Maunganui. He served on the Bay of Plenty Harbour Board from 1962 until it was replaced in 1988 by Port of Tauranga Ltd, on the board of which he served for five years. His business interests became the publicly listed Owens Group Ltd in 1985. A vigorous advocate for the region and the port, Owens served as mayor of Tauranga and, for a shorter period, of Mt Maunganui.