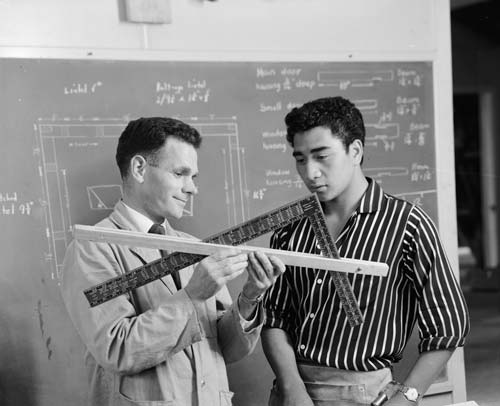 From 1945 onwards, many young Māori from predominantly rural areas such as the Bay of Plenty moved to the cities in search of training and work. Trade training institutions such as Sylvia Park training centre in Auckland gave them skills for jobs in industry. Shown here are Patrick Powhere from Murupara and building instructor Mr J. MacMillan, at Sylvia Park in 1961.