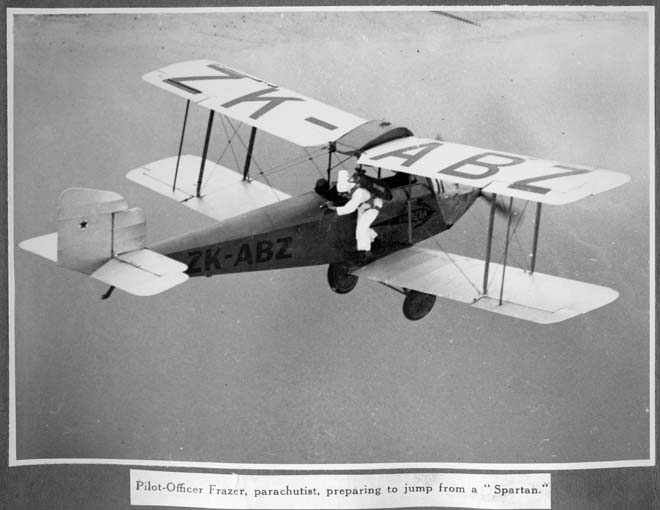 Early parachute descents were hazardous, performed by daredevils using rudimentary chutes. Here, professional parachutist ‘Scotty’ Fraser prepares to jump from the wing of a biplane piloted by ‘Mac’ McGregor in 1932. Fraser and McGregor were a popular display team: once Fraser had made his parachute jump, McGregor would launch into an aerobatic routine. Both men came to untimely ends. When McGregor died in an air crash at Rongotai in 1936, Fraser offered to put on a parachute display to raise money for the family. During the McGregor Memorial Fund Pageant, Fraser fell to his death in Lyall Bay when his parachute failed to open.

The thrill of skydiving