Australian servicemen at Kaitake, around 1864 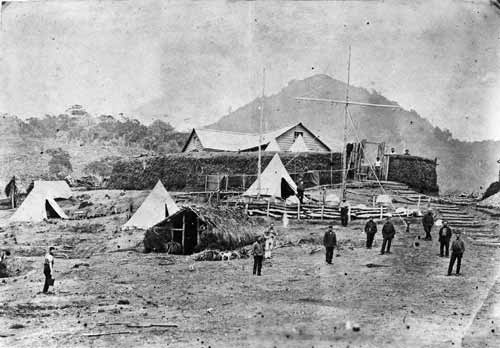 New Zealand was, in the 1860s, the first overseas theatre of war in which Australian soldiers fought. Many accepted the offer of free land once their term of service was over. In 1864 members of a militia recruited in Australia were manning the redoubt at Kaitake, near New Plymouth.