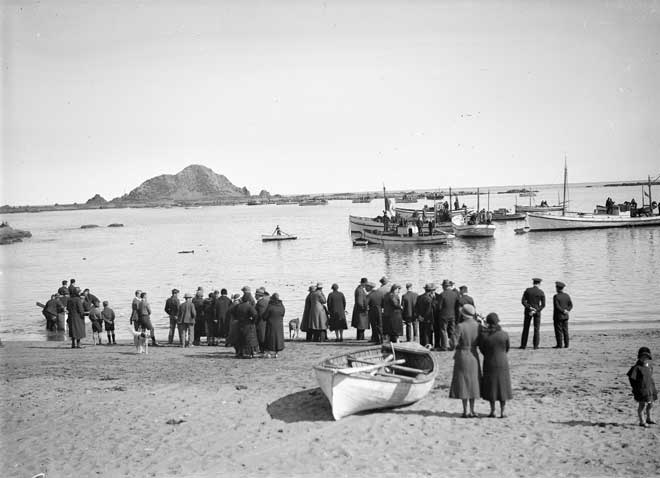 Fishing is among the most risky of professions. The sea is unpredictable and claims the lives of many who try to make a living from it. These people at Island Bay, Wellington, are mourning the loss of four fishermen who drowned when the Santina foundered in Cook Strait on 25 September 1933. The 10-metre-long vessel had lost engine power during a southerly gale. The boats in this photograph are leaving to conduct a memorial service out at sea near Baring Head, where the Santina was lost. The bodies were never found.