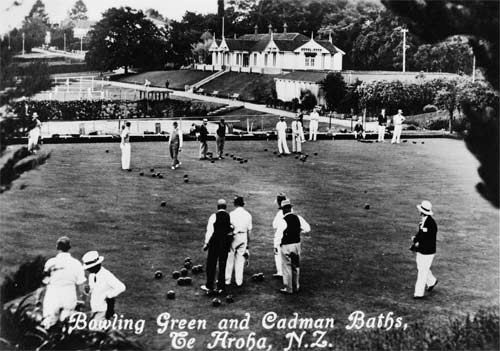 From the early 1900s the major government spas included recreational facilities such as bowling and croquet greens and tennis courts, in an attempt to attract visitors intent on pleasure as well as therapy. Photographed in the early 20th century, these bowling greens are in the Te Aroha domain. Behind the greens is the elaborate Cadman bathhouse, opened in 1898 and named after the minister of mines and railways, A. J. Cadman.

Advertising spas in the 1930s