The expansion of aviation 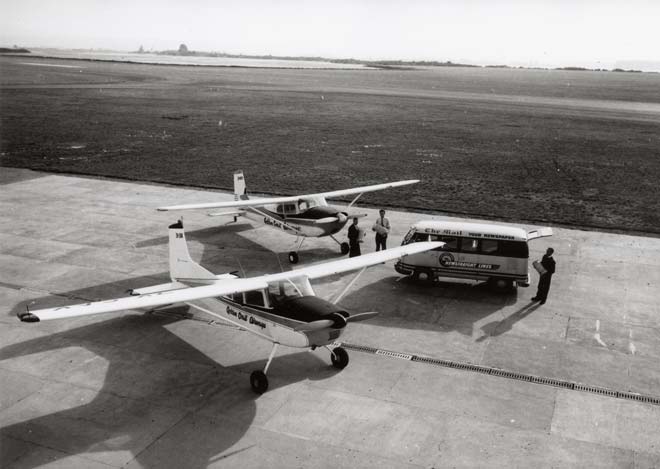 As NAC and Air New Zealand concentrated on the main trunk route, there was more scope for minor airlines with smaller aircraft to serve provincial centres. One company that operated from 1959 until 1970 was Golden Coast Airlines. Based at the top of the South Island, it served West Coast communities. Two of its aircraft are being loaded with the Nelson Evening Mail at Nelson airport for delivery to Karamea and Westport.