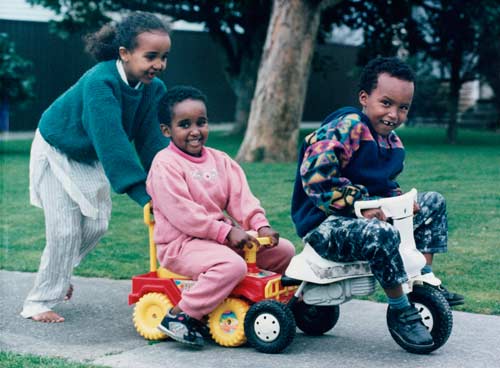 Many African immigrants are women and children who arrived as refugees. The mothers of these children, photographed in 1995, were forced to flee Somalia after war broke out between several clans. They lived in refugee camps in Kenya before coming to New Zealand.