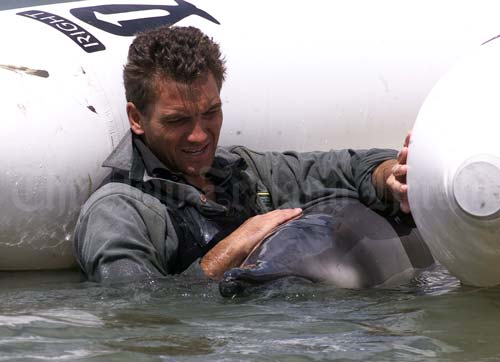 About a week after the Gray’s beaked whale was stranded on Waiheke Island, a young beaked whale was found in a West Auckland River. Department of Conservation staff thought that it might have been the calf of the Waiheke whale. They managed to get the half-tonne mammal onto a stretcher and drag it out to Auckland Harbour, where it was released. One of the department’s rangers, Karl McLeod, is tending the young whale.