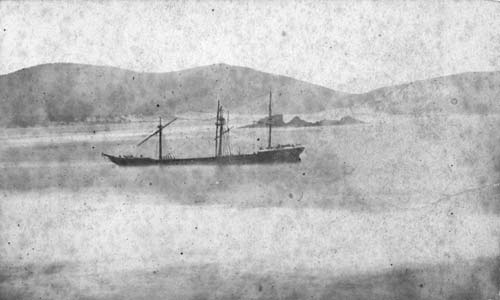 On New Year’s Eve 1873 the Surat was heading for Port Chalmers. Leaving the ship under the control of the second mate, Captain Johnson went below to entertain three women passengers. At 10 p.m. the ship struck a reef and started taking water. When the coastal steamer Wanganui came into view the intoxicated captain drew his revolver, hauled down the distress signal and threatened to shoot anyone who signalled for help. Eventually the ship ran ashore north of the Catlins River mouth, but the passengers’ woes were not over. Captain Johnson auctioned the ship and its cargo including the passengers’ luggage, and it was bought by the local businessmen Walter Guthrie and William Larnach. Finally the Dunedin City Council paid for the luggage and gave it to the passengers, but after more than three months soaked in mud and sand it was not in good condition. Captain Johnson lost his licence and was sentenced to two months in prison.

The Burning of the Boyd