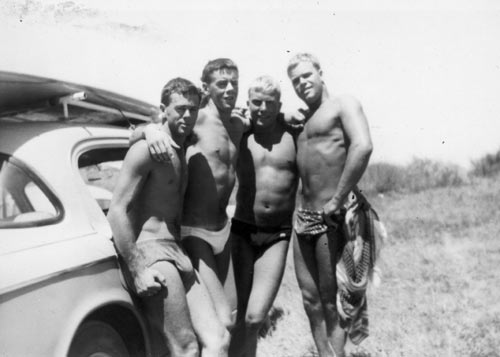 The first national surfing championships were held at Mt Maunganui in 1963, and among those attending were (from left) Bob McNab, Rod Toohill, Bill Ebdale and Ted Bacon. At this time it was estimated there were only about 300 surfers in New Zealand.

The spread of surfing