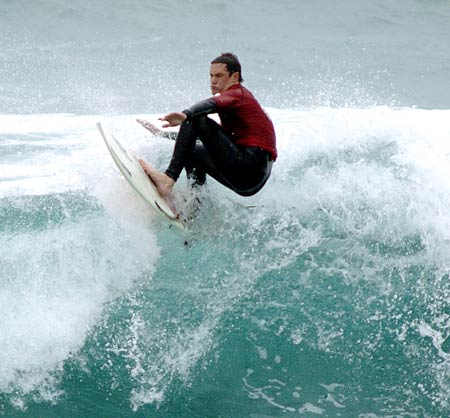 In the 2000s short boards have led to the development of a faster, more aggressive style of surfing. Dunedin surfer Lyndon Hutton is shown on the lip of a wave, probably after performing a ‘cutback’ during a junior competition at the Otago Championships in 2004. This manoeuvre involves a sharp turn back into the most powerful part of the breaking wave, so that maximum speed and duration can be achieved.

The return of the long board