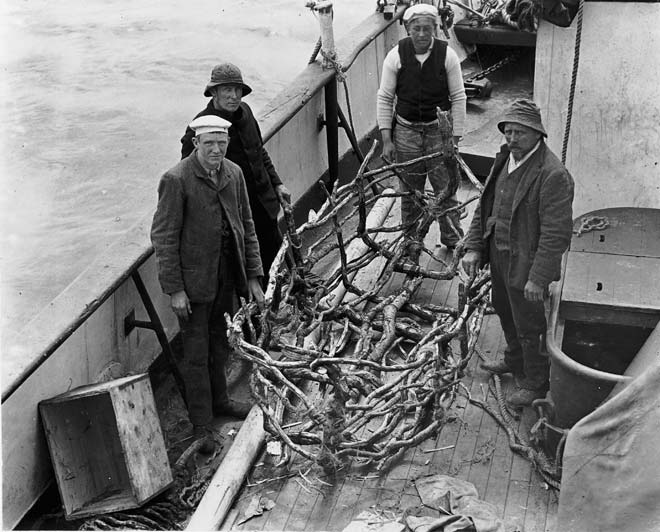 These survivors of the Dundonald wreck are standing, after rescue, on the government steamer Hinemoa with the frame of the coracle they built. After a few months on Disappointment Island, the Dundonald castaways realised that the mollymawk chicks, their main food, were leaving. So they built a coracle to attempt to reach the Auckland Island mainland. The first attempt failed when the three who made the crossing could not scale the cliffs. On a second attempt the coracle was damaged, but the crew found their way to the main provision depot at Erebus Cove. They then returned in the depot’s whaleboat to pick up their companions.