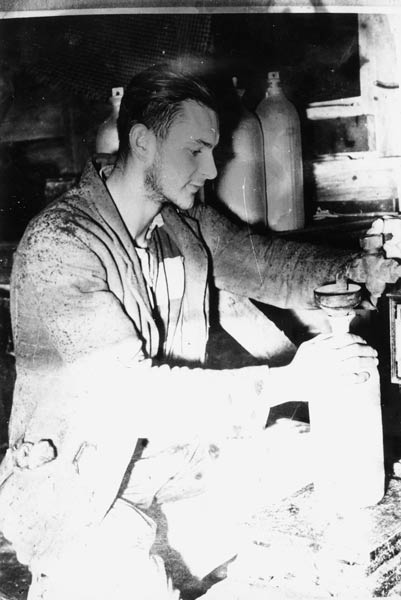 At Puhipuhi, north of Whāngārei, mercury was mined at several sites after 1907. In the 1940s, NZ Mercury Mines recovered and treated mercury for export. Here a worker is shown filling metal bottles with mercury. More recently Puhipuhi's gold reserves, mined sporadically since the 1880s, have been the focus of attention. In 2015 and 2016 Evolution Mining New Zealand received permits to begin exploration at Puhipuhi and adjoining areas; some local residents and iwi have come together to oppose mining in the area.