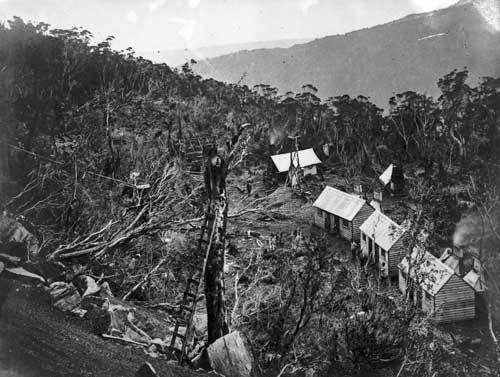 South Wales is an important coal mining area. When New Zealand’s Westport Coal Company was developing its Denniston mine in the early 20th century, it brought out Welsh mining families from Aberdare in Glamorganshire. Homes, like those in this photograph taken in about 1910, were built for them on the bleak Denniston Plateau.

Proportion of Welsh migrants to New Zealand by county of birth, 1853–70