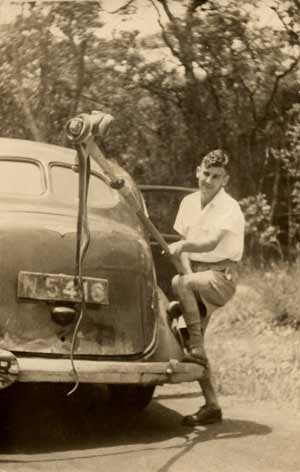 Herbert Charles Thomas went to Africa after the Second World War, where he worked as an electrician in South African and Rhodesian gold mines. He is pictured here in the Belgian Congo (now the Democratic Republic of the Congo) after running over a snake in February 1948. Herbert later moved to England, married, and raised a family there. He returned home to New Zealand only once, just before he died.